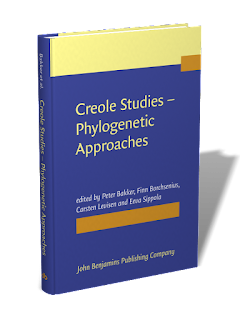 This book launches a new approach to creole studies founded on phylogenetic network analysis. With evidence from creole languages in Africa, Asia, the Americas, and the Pacific, the book provides new perspectives on creole typology, cross-creole comparisons, and creole semantics. Original case studies explore the differences and similarities between creoles, and discuss how to classify creoles and how they formed and developed.

Creole Studies has been written for a broad readership of scholars and students in the fields of contact linguistics, biolinguistics, sociolinguistics, language typology, and semantics.

Eeva Sippola is one of the editors of the book and has (co-)authored several chapters on Iberian creoles and methods, among others. Danae Perez and Eeva Sippola also contributed to the book with a study on Afro-Hispanic varieties.