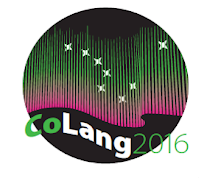 In June 2016 Maria Mazzoli participated in the Institute of Collaborative Language Research (CoLang) at the University of Alaska Fairbanks (UAF), as part of her postdoctoral research project on Michif, the mixed Plains Cree-French language spoken by few Metis communities in Canada and the US. Michif is severely endangered. Today it is spoken by (at most) an estimated 500 Metis speakers. At present, intergenerational transmission of Michif has ceased and no children or people of childbearing age speak the language. All fluent Michif speakers are in their late 60s or older.

CoLang meets every other summer in even-numbered years. The Institute consists of two weeks of workshops followed by a 3 or 4 week long language documentation practicum.

The goals and principles of the Institute are to provide training in documentation, maintenance, revitalization and advocacy for endangered languages, facilitating ethical collaborations between academic and community linguists. CoLang fosters effective practices for in situ language research and resource creation and the maintenance of language diversity, by promoting the creation of lasting resources on under-described languages and assisting community-based language activists in skills development. 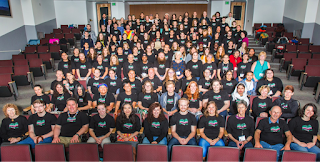 CoLang participants at the University of Alaska Fairbanks, July 1, 2016. 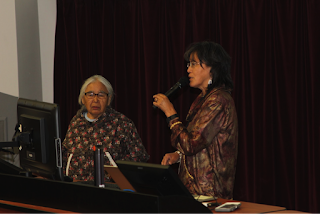