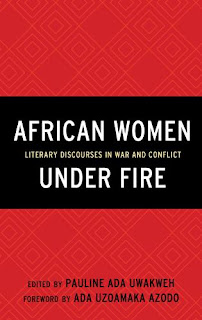 Abstract:
African writers and literary critics must account for the changing political terrain and how these contribute to creating new sources of conflicts and aggression toward women. This book brings insight and scholarly breadth to the growing research on women, war, and conflict in Africa. The aftermath of wars and conflicts initiates new forms of violence and related gender challenges. The contributors establish compelling evidence for the significance of gender in the analyses of contemporary warfare and conflict. Articulating war's consequences for women and children remains a major challenge for critics, policy makers, and human rights organizations. There is a need for deeper understanding of the new sources of violence and male aggression on women, the gendered challenges of reintegration in the aftermath, and the future consequences of gendered violence for the African continent. This book will be useful to scholars, researchers, instructors, students of literature in the humanities, women's studies, liberal studies, African studies, etc. at both undergraduate and graduate levels. It also offers interdisciplinary utility for readers interested in literary representations of women's experience in war and conflict.

Touching on the war experiences of African women, including combat, captivity, and rape, the nine essays in African Women Under Fire: Literary Discourses in War and Conflict, edited by Pauline Ada Uwakweh, engage female agency, resiliency, trauma, violence, and the roles of memory and testimony. Bringing together a wide variety of theories and approaches, the contributors re-examine African war literature from a gendered, postcolonial frame that encompasses trauma studies, psychoanalysis, immigration studies, and the problems of representation.
— Joya Uraizee, Saint Louis University

For too long in the history of fiction writing in Africa, the tendency has been to portray women as literary shadows of male creative imagination. In African Women Under Fire: Literary Discourses in War and Conflict, one senses in the critical essays on women’s war literature, a significant and necessary step towards disrupting the masculinization of the African critical enterprise in the literary domain. Never again will African women’s creative voices be mere appendages in anthologies composed by men.
— Maurice Taonezvi Vambe, University of South Africa